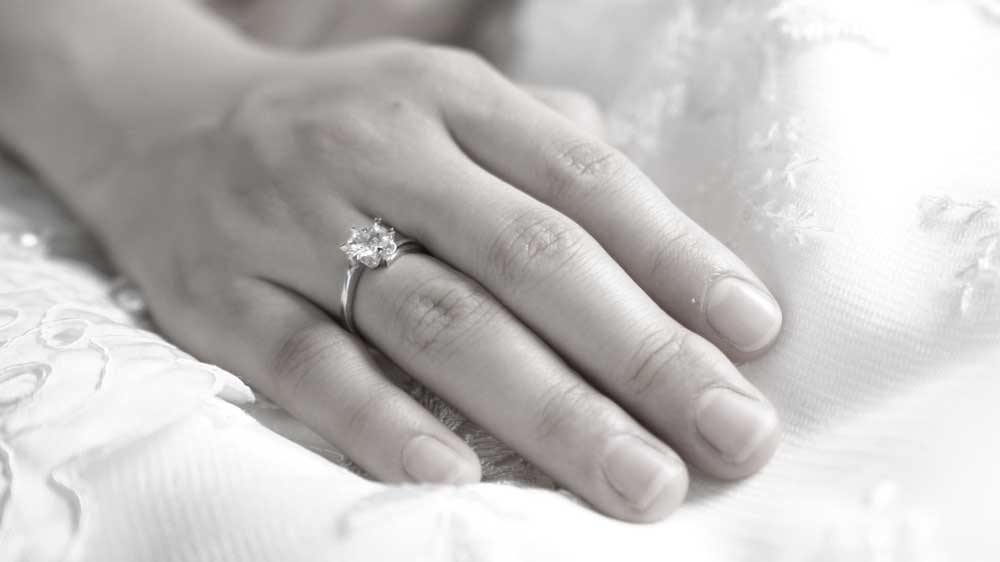 You know the story. You meet someone. You spend some time together. You start to realize this other person is the other half of you, and how do you let them know? Well, traditionally, one of the two parties will eventually get down on one knee and produce from their pocket a small box generally covered in a crushed velvet looking fabric… Now… let’s pause here for a second.

The first part of that scenario is a tale as old as time, classic timeline of falling in love, but I bet you already know what is in that little box, don’t you? You do, and the reason you do is because of one man and one company… not related surprisingly.

While Anthropologists believe that the tradition of giving a ring for engagement comes from a Roman custom where wives would wear rings attached to small keys, indicating their husbands’ ownership, this does not explain the addition of the diamond… until Archduke Maximillian of Austria. In 1477, the very first diamond engagement ring was commissioned by our buddy Max for his main squeeze Mary of Burgundy. This is thought to be the beginning of a trend of engagement rings among the European nobility.

This is the man, and now for the company…

Nearly 500 years later, in 1947, the De Beers diamond company launched the slogan “A Diamond is Forever.”, and it was this campaign that sealed the deal. The diamond is the most durable and the toughest naturally forming material, and overnight, it became to symbolize the eternity of love in a marriage. Not only are diamonds durable, but they have a natural knack for refracting light in a way that makes them sparkle and shines with the purest of light, indicating in the American minds and hearts that this is what love should look and feel like… pure and radiant.

Since this campaign, the diamond industry has blossomed and evolved into an ever-changing market of trends and timeless tradition. While the most popular cut for a diamond engagement ring has always been the round brilliant cut (picture above), which is made out of 58 facets that create a flat top and long bottom half. Many other cuts have been in and out of popularity including but not limited to the princess cut, emerald cut, oval cut, and cushion cut, all of which have slowly faded and resurged in popularity.

Not only have the cuts evolved, but so has the process in which diamonds are made. While most diamonds are still mined, there are some that are being made perfectly in a lab and turned into beautiful jewelry by brands like this. These cultured diamonds have the same physical and chemical makeup as mined diamonds but they are much better for the world than mining and the labor practices that accompany said mining.

And now you’re pretty much caught up, we’ll see where diamonds go next because as we’ve learned from our friends at De Beers, these diamonds aren’t going anywhere because “A Diamond is Forever.”